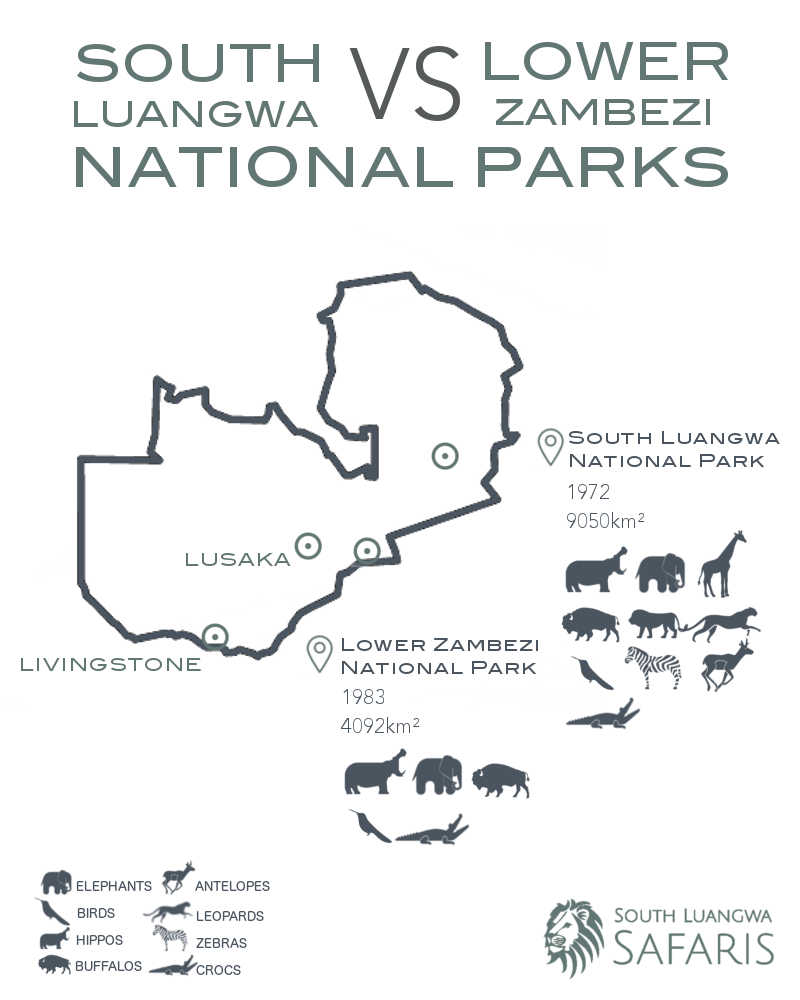 Selecting the right park for your safari can be tricky depending on what you are looking for, what your aspirations are and what matters to you.

Are you coming to Zambia soon and dreaming of spotting some cats? Are you planning your next safari and want to watch herds of elephants? For your next adventure do you wish to be in the middle of the bush? 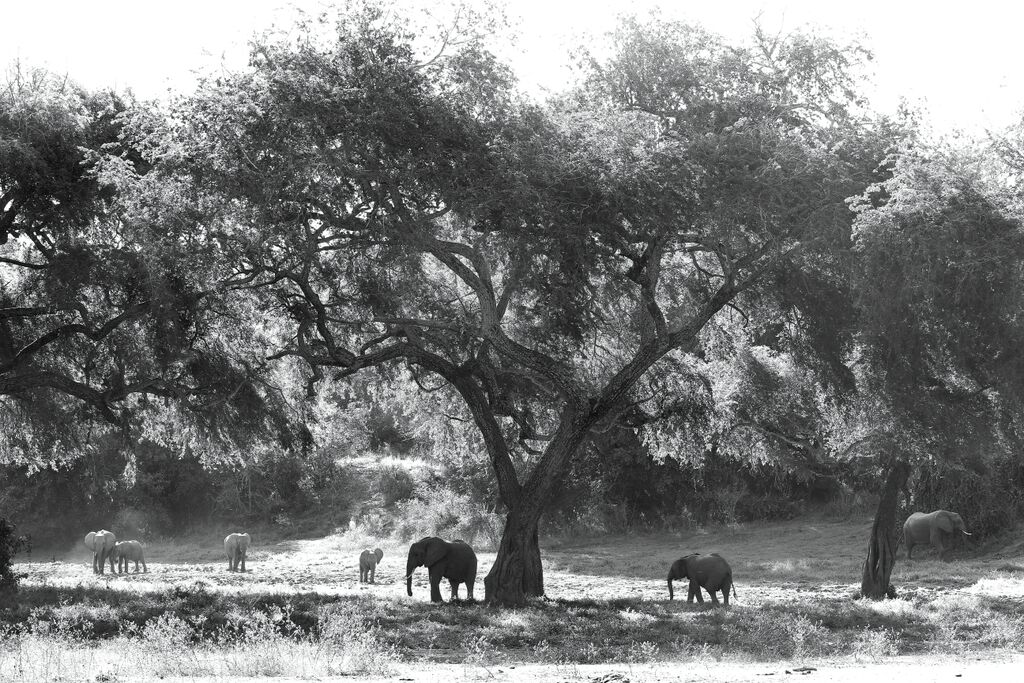 These questions really have an impact on the safari you should chose, take the time to think about it!

Once you have a better idea of what you want, you may have to decide between two parks – as, unfortunately, you may not have time to visit both in one trip – but HOW to choose between South Luangwa National Park and Lower Zambezi National Park, both beautiful and magical places of Africa. 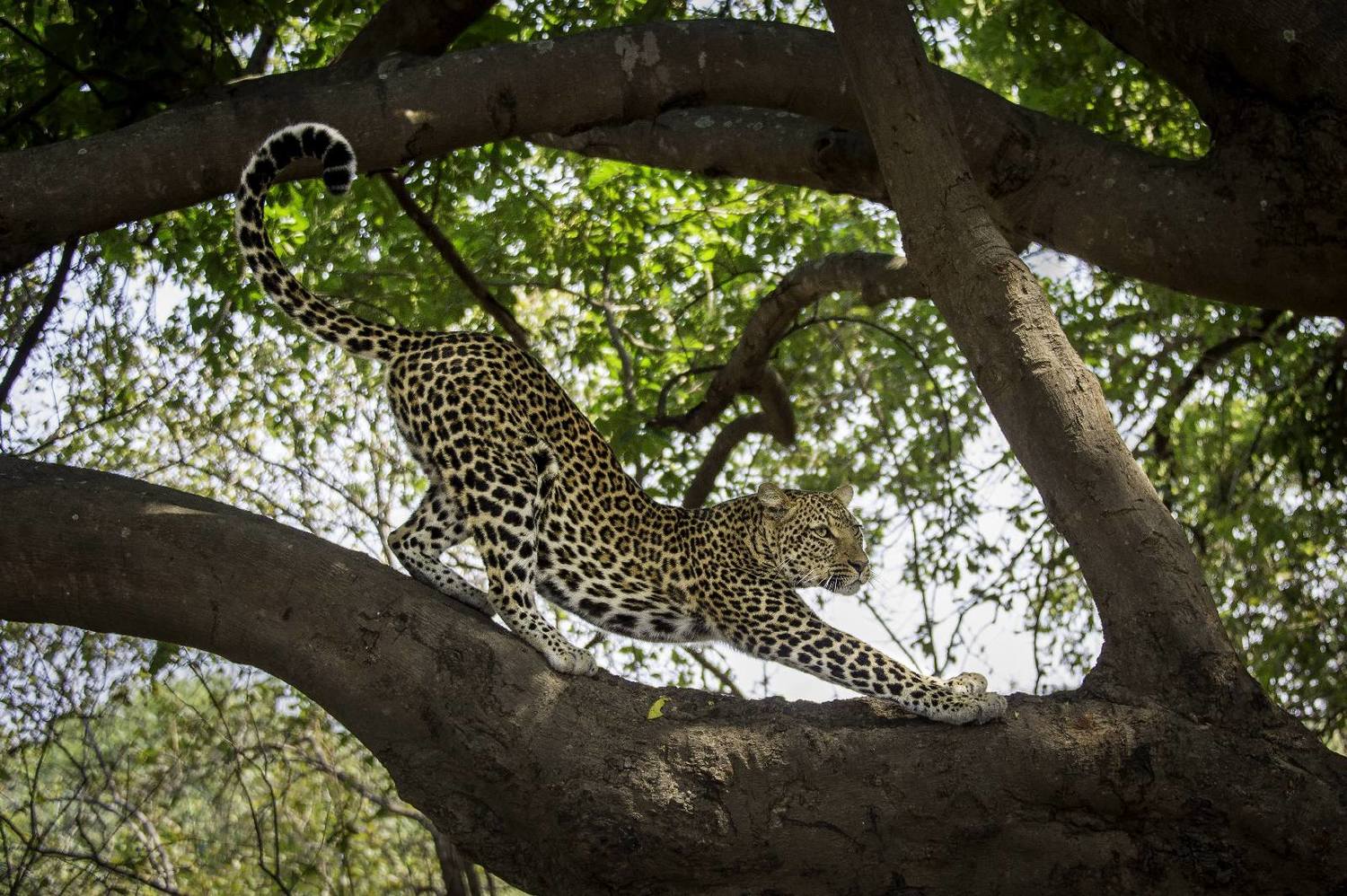 Below are a few hints to give you a better idea of what to expect in each of these great parks.

The South Luangwa National Park is situated in the East of Zambia and the southernmost of the three national parks in the Luangwa Valley. It was created in 1972 and now covers 9050km2 along the Luangwa River, the major intact river system in Africa. The Lower Zambezi National Park was created in 1983 and encompasses 4092km2 beside the Zambezi River.

Both of the parks offer beautiful scenery and fascinating vegetation. In the Lowever Zambezi National Park you will find 10 to 30 meters high Acacia Albida Trees, which are food for the elephants! The South Luangwa National Park hosts magnificent trees and plants as well as wildflowers. 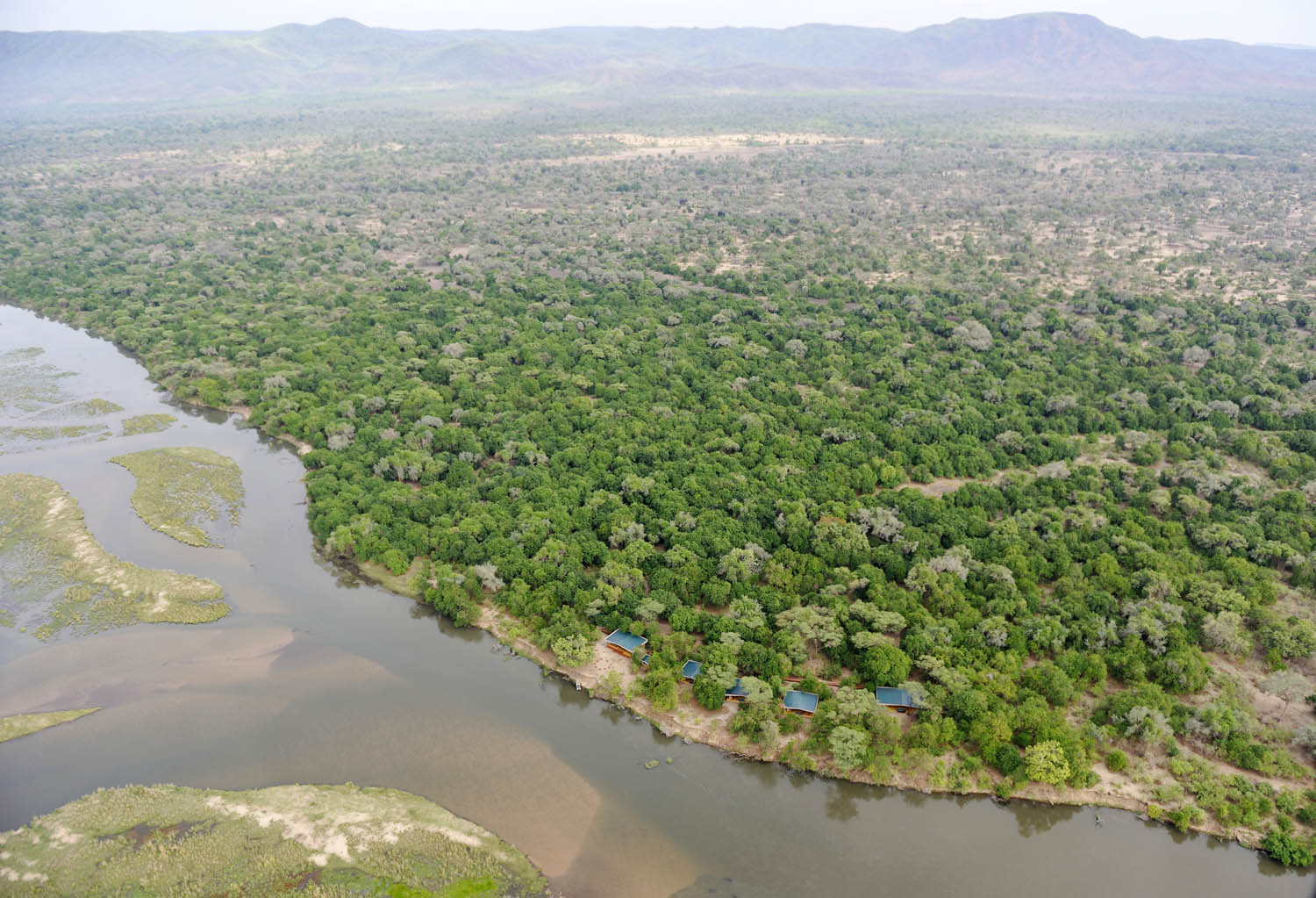 In comparison to other African parks the South Luangwa National Park remains relativey unknown to the public, the Lower Zambezi National Park, however, is even wilder and harder to access as it still remains undeveloped. It benefits from an amazing location as it lies opposite the Mana Pools Reserve in Zimbawe. The South Luangwa National Park benefits from very pronounced seasonal changes during the year offering new landscapes every season from the dry river to the flooded plains, from the burnt bush to the green trees.

South Luangwa National Park is one of the greatest wildlife sanctuaries in the world and offers a wide variety of wildlife including 60 different animal species and more than 400 bird species (out of the 732 different species you can find in Zambia). In South Luangwa you are guaranteed to see hippos – 50 per kilometre in the Luangwa river- zebras, and antelopes, you may cross some elephants, buffalos, lions or meet some Thornicroft Giraffe, enedemic species to South Luangwa. Another outstanding fact about South Luangwa National Park is that it hosts the world’s highest naturally occuring population of leopard! On the other hand the Lower Zambezi National Park offers exceptional birdlife and a relatively large population of mammals, the valley floor plays host to many of the bigger mammals such as elephants, buffalos, hippos and crocodiles. 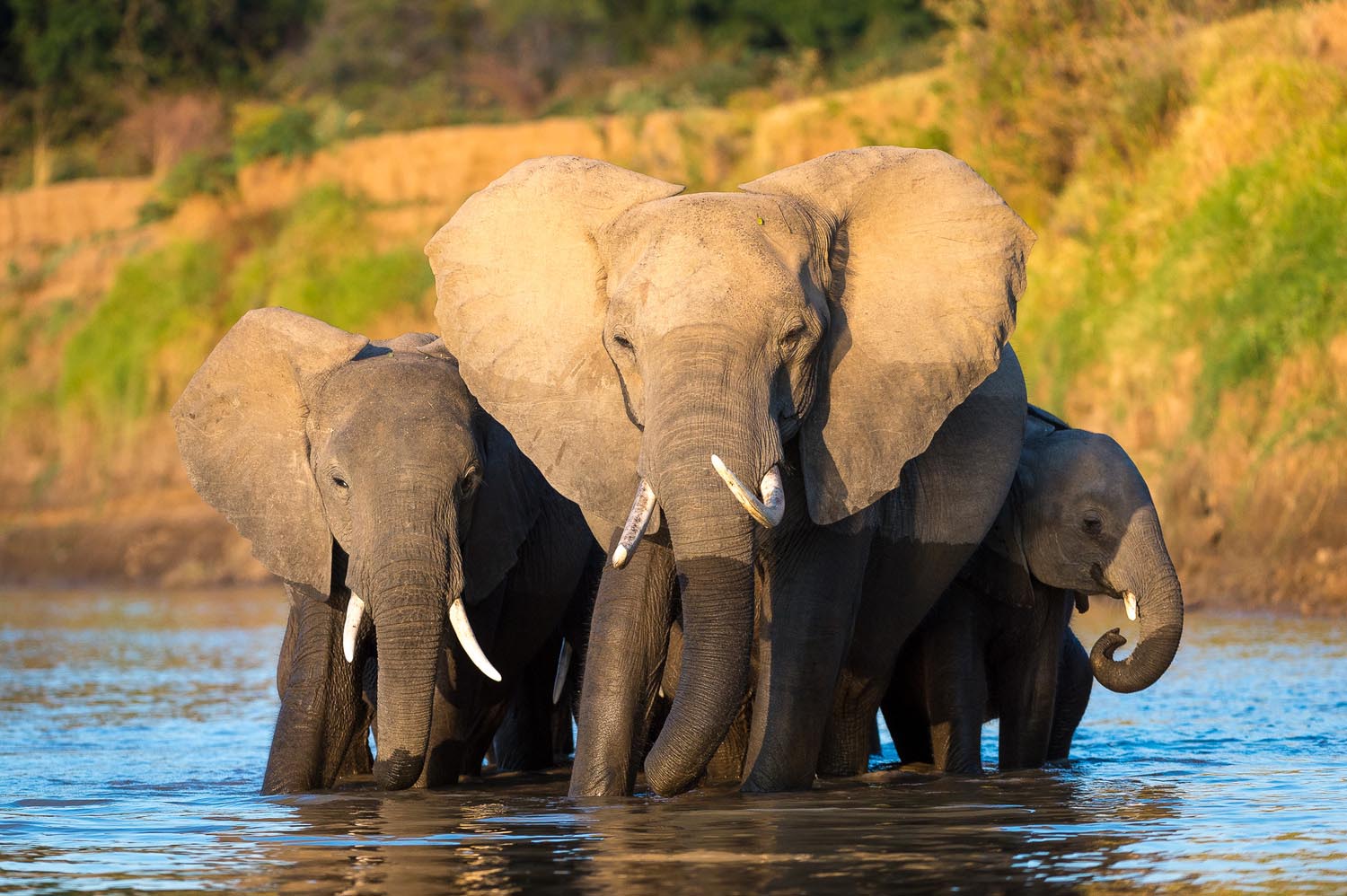 Both parks offer different activites, South Luangwa is renowned for its walking safaris and night game drives, while canoeing is a top attraction of the Lower Zambezi, providing an opportunity to get incredibly close to the game.

So, will you go for the walking safari in South Luangwa? Or, the isolation and untamed beauty of the Lower Zambezi?